30 Watch Jargons You Need to Know

The watch world has been stereotyped as the world for men due to the array of terminologies used by manufacturers and wearers. The watch jargon may be essential in some ways to non-watch people.

For one, they can be used to explain how a simple watch works. And two, if an individual is interested in a more profound sense and purpose of watchmaking.

You do not need to be an expert to enjoy the astounding world of horology. Nevertheless, once you have a greater understanding of the terms used, it will be easier to deliberate what you like and what you can afford.

A mechanical watch that is wound by the wearer’s wrist motion instead of twisting the crown. The wrist motion moves a counterweight that powers the mainspring and turns the watch’s gears.

An oscillating weighted wheel at a constant rate, which moves the watch’s gears and allows the hands to move forward.

The band that connects around the wearer’s wrist and fastens to the lugs.

A metal ring that encircles the watch crystal and contains a time scale. Though some remain stationary or do not have a scale.

A term similar to watch movement and signifies the diameter of attributes like casing size and bridges’ shape and layout.

The front angle of a watch where the display appears and contrarily, often hides the inner workings of a watch.

A watch that has an added stopwatch function featured to the main time. This can be either quartz, mechanical, or a combination of the two. Also, it is activated via a set of pushers from the side of the case.

A watch that has been autonomously tested by the Official Swiss Chronometer Testing Institute (COSC).

An added function of a watch that goes further than telling the time. An example is a calendar, chronograph, or a moon phase indicator. It requires additional parts that make a watch more expensive and complex to build.

The translucent protective cover that covers the watch face, usually made from glass, acrylic, or synthetic sapphire.

Also known as the face, that displays the time and shows numerals, markings, and hands.

An internal mechanical watch part that transfers the power from a wound-up watch into the movement of the watch’s second hand by driving the balance wheel at a stable rate.

Refers to Switzerland’s largest movement maker that is a subsidiary of The Swatch Group Ltd.

The speed at which the watch beats and measured in either hertz or vibration per hour.

A plastic, neoprene, or rubber ring used to seal the gaps between the case and the case back, crown, and crystal to avoid water and dust from entering the case and damaging the movement inside.

A gear system that transmits power from the mainspring to the escapement.

Although it means Greenwich Mean Time, a watch pertains to GMT as the ability to track two time zones at once. Initially developed by Rolex for pilots in the 1950s, they are predominantly helpful to any frequent flyer.

A French term that means “high watchmaking” and is used to differentiate watchmakers or watches that exhibit utmost proficiency in watch design, technical innovation, and finishing.

The imprints on the watch dial used to represent the hours in place of numerals. In higher-end watches, these are commonly applied or attached to the dial instead of marking it on.

Metal pieces at the top and bottom of a watch case where the strap is attached.

The base on which all the parts of a mechanical watch movement are mounted.

A coiled spring that becomes tightened when a watch is wound, hence storing the watch’s energy. The mainspring is sheltered in a tiny drum called a “barrel.”

A French term that refers to a watch company developing its parts “in house” instead of accumulating watch parts from third-party part suppliers.

Most watch manufacturers pertain to their movements as “calibers,” as it is the inner working mechanism of a watch. In a mechanical movement, the main parts are mainspring, gear train, the escapement, and balance wheel. Whereas in a quartz movement, the main components are battery, microchip circuit, quartz crystal, and stepper motor.

A high-end complication that produces sound to indicate the time at the push of a button on the watch case.

A tourbillon is a kind of escapement sheltered in a rotating cage that is used to counter the adverse effects of gravity on the movement.

A case or box that gently rotates an automatic watch to keep the mainspring fully wound when it is not being worn.

And there you have it! Indeed, the watch world can be daunting and intimidating. Yet, it is great to learn new things like this and to arm yourself with more knowledge along the way. Who knows, it will be beneficial to you one day. If you want to start a hobby in watchmaking, then a reliable company, like Sofly watch parts manufacturer and supplier, is the one you that might need.

Erik is the owner and main editor of techmanik.com. He has been working in computers and information technology for more than 20 years. He’s a business analyst, developer and avid traveler.
@techmanik
Previous Advantages and Disadvantages of Gadgets in Education
Next 11 Best Android Apps for Work Automation 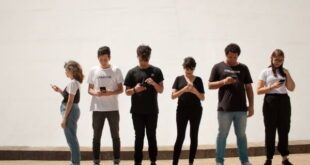 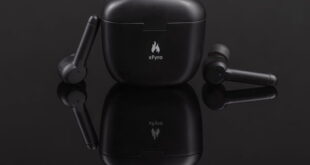 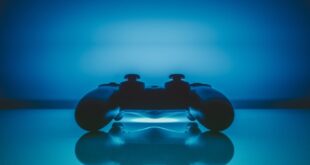 What is the Best and Cheapest Laptop for Gaming