In this article, I’ll share our list of the best apps for productivity. These are productive apps for Android that provide shortcuts, configurations, triggers, and rules so that you can get the most out of your smartphone.

What is a productivity app? Well, Toggl is a great example. It is a productivity tracker that reveals how much time you’re spending on tasks. Plans start at $9 per month. The software was designed specifically for remote workers. Toggl helps freelancers, making sure they’re billing their clients accurately for projects and getting paid the proper amount for their time.

Time tracking is among its key features. You can see how much time you’re taking to get things done. You can also ensure that you’re charging enough for the time it takes to complete projects. It generates reports on how productive you’re being. It also works across just about every operating system and online so you can access it wherever and whenever you need.

In continuing to the topic of remote work, the Zoom app can be considered as the most useful video chat app type for work. The solution allows us to conduct even large video conferences: up to 100 participants for the free version and 500 participants for paid option. The video conferencing provides HD calls, and you will have no trouble with that at all if you have a stable internet connection.

PushBullet is a classic Android automation app which helps to bridge the gap between your phone and computer. You can do things with it like send files, respond to text messages, or set up channels to get notifications about specific things. The free version has limited features. You’ll have to pay for the pro option to unlock its full potential. The app is similar to AirDroid and AirMirror.

Evernote is a powerful note-taking app. There is a free version, while the paid one ranges from $7.99 to $14.99 per month. It’s been among the most popular apps in this category for years. It features audio, text, picture, and other types of notes.

It also has excellent collaboration and organization features, cross-device syncing, and more. You do have to pay for all of its better features, though. Its main competition is Google Keep, another excellent note-taking app.

If you ever make an app for your business, it would be hard to conceive of a better one. There is a free version of Spark, while the paid version goes for $6.39 per month. This is an intelligent email productivity app. It automatically collects and categorizes the emails from each one of your accounts.

It has a smart inbox feature which can organize your inbox, as well as find any email through Smart Search. It will also “snooze” emails that don’t need your attention right now. You can assign parameters for it so that you’ll only receive notifications for the most vital of emails.

You can assign emails to team members with it so the right person is always managing the proper tasks. The team email feature allows for private team comments, shared drafts, template replies. The app is so multi-functional and can even be considered as chat app  and instant chat for collaborative efforts. There are also send emails later and reminder features.

IFTTT is free, and it is an interesting app for tracking productivity. It allows you to concoct formulas that tell various apps to do things at different times. It essentially takes almost any task and makes your phone do it autonomously.

IFTTT is the Android home automation app that’s a must-have for those who use things like smart lights and other IoT devices. You can also do things with it like auto-saving your Instagram photos to Dropbox. It’s powerful, but there’s somewhat of a learning curve involved with it. You can find a variety of pre-made formulas with a simple Google search that will reveal the basic concept. Tasker is its main competition.

Zapier is a simple automation tool that will save you time on repetitive tasks. Instead of constantly switching between different apps to complete basic functions, you can create “Zaps” to automate such tasks for you.

Integrating apps through it is one of the key features. You can link your favorite apps so they can share data, allowing you to spend less time switching between them. You can automate many tasks easily. You can also browse Zapier’s library of pre-built automation workflows for apps you use often. You can even build your own automations if you can’t find them in Zapier’s library.

DayWise is one of the productivity apps that allows you to schedule automation for other apps. For instance, you can use it for notifications. You can decide when to receive or not receive them for the different apps that you use. You can also set up batch scheduling. This involves selecting batches of apps to schedule instead of setting them up one app at a time.

You can set up the inbox feature to get notifications collected in the same place from different apps. You can assign VIP status to different contacts so that they can reach you quickly regardless of what app they are using. Phone usage reports through DayWise are useful because they let you learn how often you’re on your phone and which apps are eating up most of your time.

This is the app which puts you back in control of phone notifications and prevents them from getting in the way of your work.

You can get a free trial of Solid Explorer, and it costs $2.99 after that. It is one of the best productivity apps, hands down. It’s a must-have for file management on your phone. It has a simple UI with many features, and it works with ZIP, RAR, 7zip, and TAR archives. It also connects directly to Box.com, Dropbox, Google Drive, and many others. It works with FTP servers, WebDAV, and more.

LastPass is free, but a beefed-up version with more features will cost you $24 per year. It’s a great productivity app, but also one of the best security apps around. It stores your login credentials for various sites. With it, you can come up with more complex passwords, log in faster, and you don’t have to remember your password for every site you use.

There is also a LastPass Authenticator app that adds an additional level of security. These two together are a pair of productivity tools that you’ll love.

Remember the Milk is a to-do and reminder app infused with productivity software. It helps you organize your tasks according to priority, repetition, due date, and more. This is one of the simplest and most straightforward productivity apps. It allows you to create tasks, break them down into subtasks, and get organized by categorizing chores according to multiple tags and types. You can use it to set up reminders for tasks, sending them via email, text, calendars, or even other apps.

Integrations for it include Gmail, Twitter, Google Calendar, Email, IFTTT, Alexa, Siri, Evernote, and Feeds. It costs $39.99 per year and is available on almost all platforms. The chances are high that this will be the best daily planner app for you.

With these apps working for you, you can feel confident that you’re getting the best use out of your time. Check them out to see which one seems to be the best fit for your needs.

Slava Vaniukov, Co-Founder and CEO at Softermii, has over 9-years of experience in the web and mobile development industry as a Software Architect. After getting extensive experience as a Senior Tech Lead and Mentor with the focus on MVP development and UX/UI design, Slava joined forces with like-minded professionals to start own company. Besides that, he is one of the authors at the Softermii blog and tech blogger featured at a wide range of other web resources.

Erik is the owner and main editor of techmanik.com. He has been working in computers and information technology for more than 20 years. He’s a business analyst, developer and avid traveler.
@techmanik
Previous 30 Watch Jargons You Need to Know
Next Best Navigation App for Android Devices 2020 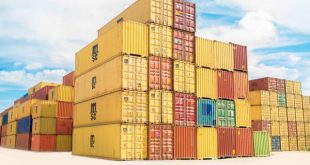