Home / Android Apps / How Apps Are Changing Our Lives

How Apps Are Changing Our Lives

The quotable ad is still true: there’s an app for that. There’s an app for everything, whether you want to order groceries or journal what you eat each day. The question is whether that’s beneficial or unhealthy, given that the abundance of applications available to download results in people spending even more time on their phones. It probably comes as no surprise that the answer is a bit of both. 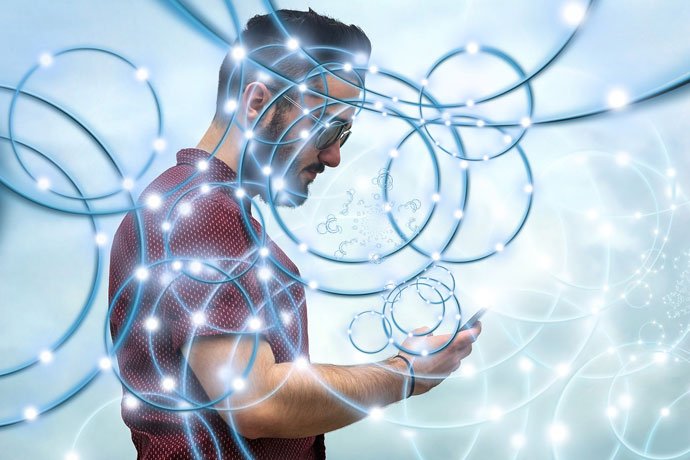 You’re Connected to Everyone

The fact that apps connect you to everyone and everything at all times is both a positive and a negative. The ability to reach out and talk to people from all over the world is an unquestionable benefit. Not only do apps allow you to keep in touch with relatives and friends who live far away, but you can also form new friendships that might not otherwise be possible. However, sometimes staying in touch with the world keeps you from engaging with your everyday world.

That’s partly because social media is a widespread phenomenon that inspires people to share polished versions of their lives. Through apps like Instagram, Twitter, and Snapchat, you can essentially become a different version of yourself. Instagram, in particular, is full of snapshots that suggest a million perfect lives. That causes FOMO—fear of missing out—which is a legitimate complaint among millennials. It’s even depressing to view on occasion. You might feel lacking because a peer’s existence appears to put together.

Your Health Is in Your Hands

There is an abundance of apps designed to improve your life. The best among them focus on your health, even more than fitness or weight. Apps like Lifesum that track your health and eating habits hold you accountable. You can detail what you eat and drink each day, which reveals what nutrients you need and what foods to avoid. These apps show whether you’re active each day and if you’re active enough.

Paid apps aren’t expensive, although games with add-ons add up quickly. However, shopping apps that connect directly to your bank or debit card seem magical. You can order anything online, and in many cases, you’ll have it in one or two days. That’s incredibly convenient, plus you tend to save money.

However, it’s also easier to mindlessly buy things. You make purchases without thinking until you check your bank balance. It’s impossible to dispute the efficiency of ordering groceries online, but how often do you end up opening packages filled with things you don’t need?

There’s some truth to the complaint that people today spend too much time on their phones. Rather than eating meals, people Instagram them. Instead of talking to the person sitting in front of them, folks have their faces buried in their phones as they text someone else. People Snapchat concerts instead of watching them live. It’s all a little much sometimes.

Still, apps are more helpful than harmful when you consider what they do. What app do you use the most?

Hi, This is Fakharuddin Manik, Android lover boy from Dhaka, Bangladesh. I'm the founder and editor of TechManik.com. I'm also a blogger and affiliate marketer and loves to write anything about blogging, affiliate marketing and technology.
@techmanik
Previous 5 Things You Should Know About Playing Android Games
Next 5 Ways to Know Who is Calling You to Keep Yourself Secure from Strangers