Android devices like a machine. You need to repair and look after of it to get a better service. Rooting your device is one of them. Sometimes you need to root your Android devices to get some awesome functionality and have access to a new genre of apps. Although, rooting Android device is not as much essential as before. In spite of this, you can root your Android device for more you want. There are hundreds of root apps from the third party. In this case, you need to be careful to choose one. We would like to give you some valuable and useful information about root apps. There are 10 Best Apps for Rooted Android Devices. 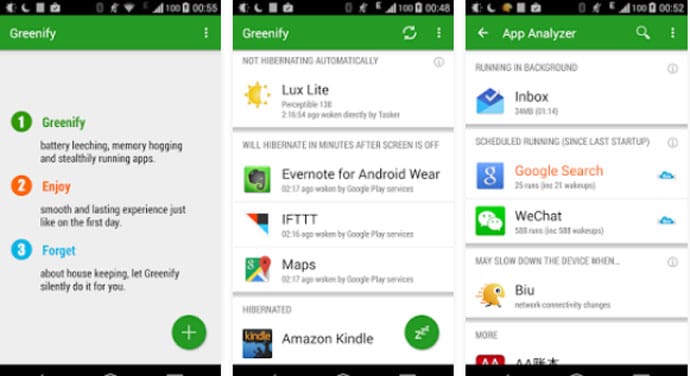 In the first place, we want to suggest Greenify. Greenify is one of the Best Apps for Rooted Android. Sometimes our device became slower and battery hungrier. In this case, you can use Greenify to run your device smoothly and lastingly as it did at the first day. Identify the misbehaving app and put them into hibernation when you are not using them with Greenify. Stop them lagging your device and leeching your device battery. Keep your personal data fully secured while using Greenify. 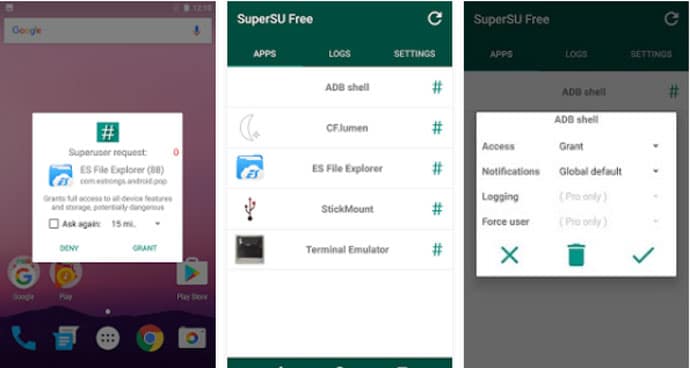 Rom Manager is a must-have Apps for Rooted Phones. This one comes from the top developer of Google Play Store. Rom Manager is a very popular app across the world. Flash your recovery and manage your ROM very easily. On the other hand, you can get amazing access which will blow your mind. One of the Key Feature, you can install ROM from your SD card. Organize and perform backups and from within Android. Manage your ROM and get unlimited ROM using ROM Manager. 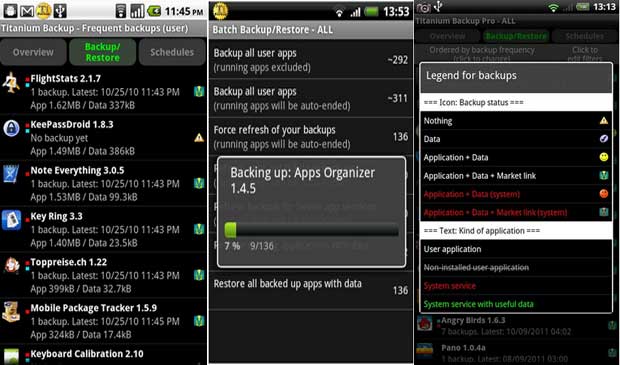 One of the most powerful backup tool Apps for Rooted Device. About twenty-five million downloads with a good number of rating, that ensure you the quality of this app. Keep safe and protected your apps & system apps on SD card as well as your external data too.  You can also do 0-click scheduled backup. Titanium operates the backup without stopping any apps. So, you can keep doing what you were doing. With the SuperUser access, you can move any apps on your SD card from device memory. 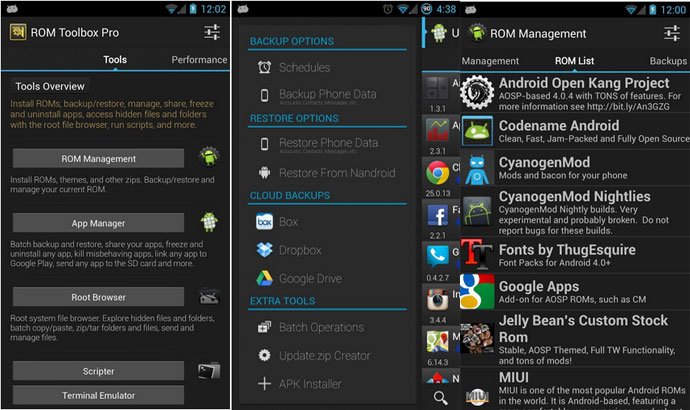 This one is kind of a must to have app for the rooted devices. Very easy to use and a user-friendly interface. ROM Toolbox is like a combination of some great Root Apps. So that, you can do so many things with one app. ROM Management will give you the access to install ROM and Themes, Create, manage and restore android backups. App Manager has some useful option including Task manager, Scheduled backups, User app mover, Automatic batch installer, and much more. On the other hand, it has Autostart manager, Scripter, Terminal emulator, Rebooter, Font installer, Boot animation installer, etc. 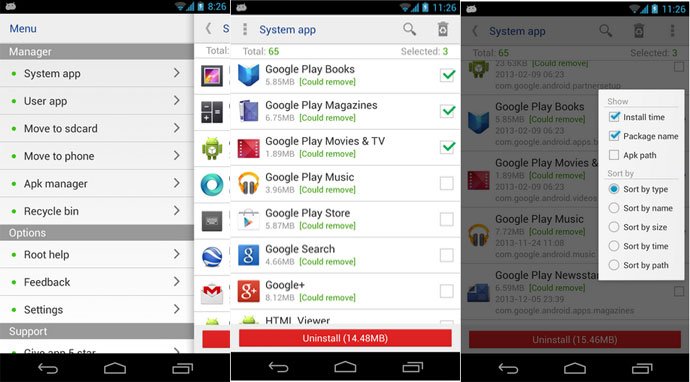 Total solution for system app, because of this app you can remove system app easily. You can use System App Remover for not only system app remover but also user uninstaller. It has an automatic backup option to backup your all uninstall app so that you never lose any app if it doesn’t uninstall properly. Get full control on apps like moving to SD card, sort by name, size or time, and custom the app. It also provides the Apk manager and User app control. 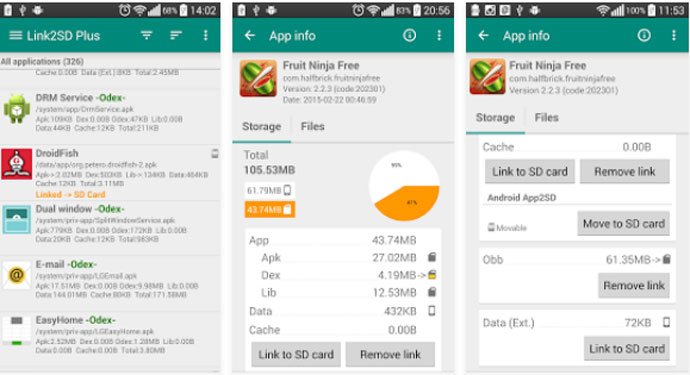 Rich and useful app for the rooted Android device. Manage your apps and storage easily with Link2SD. Now you can move Link Apk, dex and lib files of apps on SD card. Force move feature to move unmovable apps on your SD card as well as you can find out the app can move on SD. It also offers to convert your system app into user app as well as system app into user app. Once you download the app then you can control your device apps as you want. 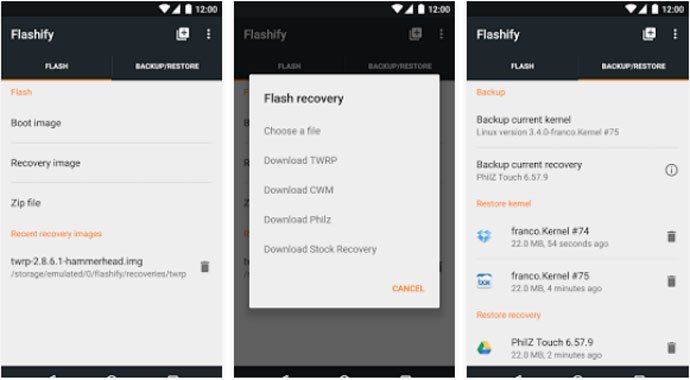 Let the app make some difference to your device from another. Flashify offers you to flash boot and recovery .img without even needing to go to recovery. You can also flash zip files. It will give you the automatic Loki Patch when you need it. Get full android backups and automatic cloud synchronization of backups between devices and desktops. Keep tracking to your recent flashed items and build your flash queue. Another 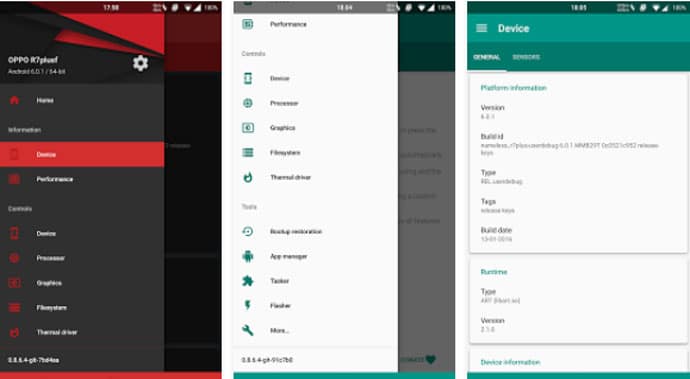 Control several features of your rooted Android Device as well as some extra features with Device Control. Get the access to control App manager, Tasker, Editors, Entropy Generator, Wireless Filemanager and much more. On the other hand, you can edit or tweak some of your device function like Vibration strength, Screen color temperature, LCD power reduce, and etc. Monitor battery temperature and reduce battery drainage. Device Control is a full free app. So, control your device without spending money. 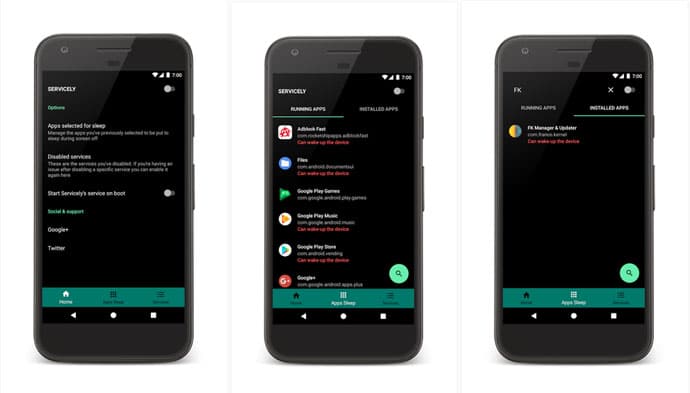 Finally, we are at number 10 with Servicely. Servicely is comparatively a New Apps for Rooted Android. Servicely is the rescue of your battery draining problem. Fully customizable apps and very handy to use. The first thing to remember, make sure that your device is rooted. Now you can put to sleep any apps when your device display goes off. Other features like Access to enable or disable to any permanent service. This option could be useful for some apps especially never ending notification sending games or auto-restart problem.

Hi, This is Fakharuddin Manik, Android lover boy from Dhaka, Bangladesh. I'm the founder and editor of TechManik.com. I'm also a blogger and affiliate marketer and loves to write anything about blogging, affiliate marketing and technology.
@techmanik
Previous The 10 Best VR Apps for Android Smartphones and Tablets 2017
Next The 10 Best Texting App for Android Lovers 2017